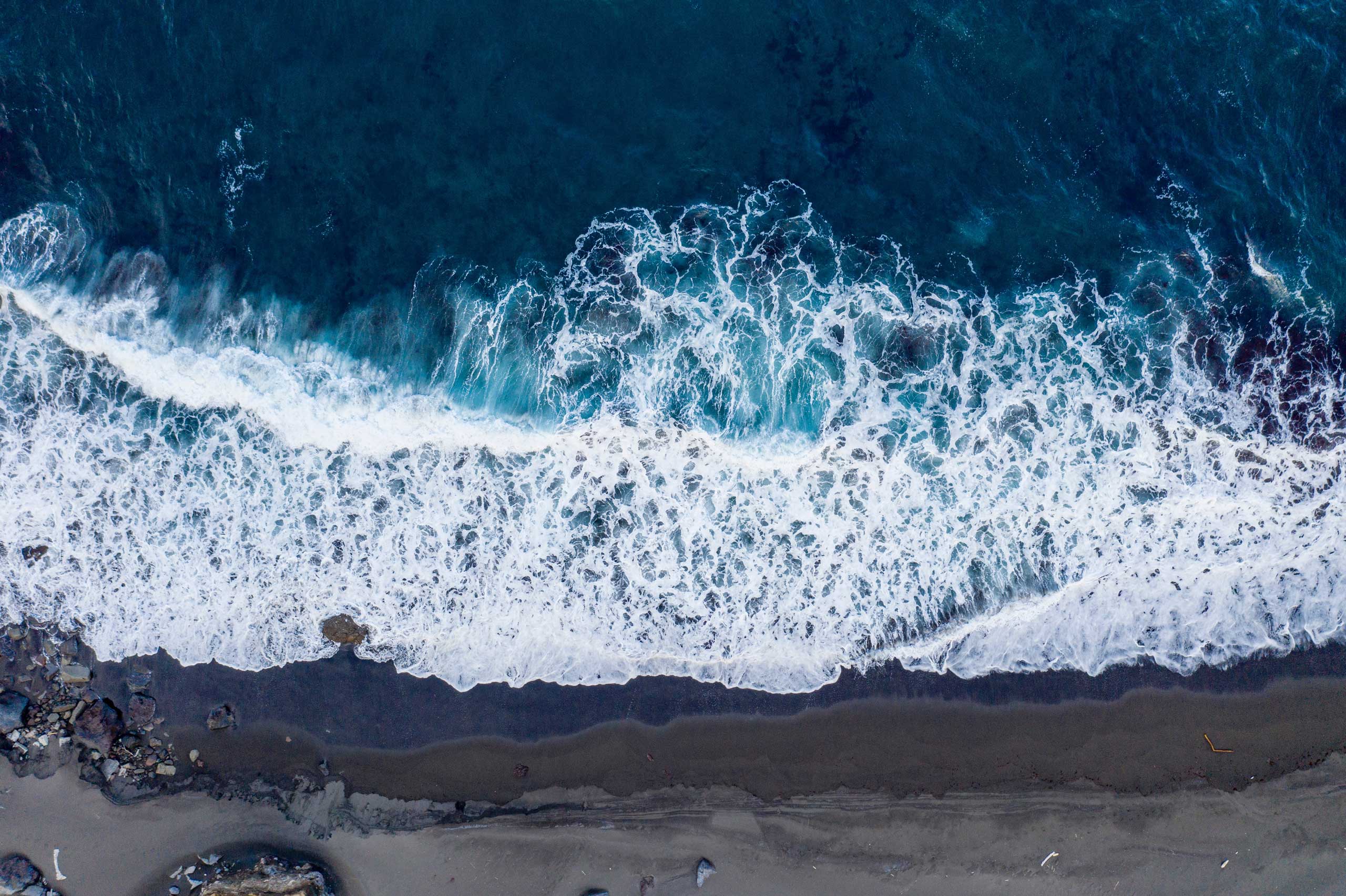 The coastal area in the city of Sendai was hugely damaged by the 3.11 Tsunami. As a result there is a discussion about turning the damaged land into a public park considering the future risks and the difficulty of returning it back as residential area. However, the discussion has not started yet in terms of how to define this area so that it supplements the existing urban function to become a sustainable living environment, and also importantly how this area will become the place to memorialize the large number of victims who lost their lives in the disaster. The memory of the disaster is still fresh and recalls the tragedy, and there is mental resistance to engrave the tragedy as memory. On the other hand, there is an international interest among architects for the necessity to memorialize the disaster and raise the awareness of the fact that we are always living together with potential of natural disaster. This joint studio aims to share this issue internationally, to achieve intercultural understanding about natural disaster, to support the reconstruction efforts for the stricken area, and to imagine a space that will be dedicated to the large number of people who lost their lives in the 3.11 earthquake and tsunami.

At a recent exhibition titled “Metabolism: Dreams and Visions of Reconstruction in Postwar and Present Day Japan” at the Mori Museum in Tokyo, the curators drew a parallel between the Japan’s rebuilding and utopic planning after the devastation of WWII with the current post-tsunami condition and realization of the inevitably of future natural disasters. In the spirit Metabolism’s comprehensive vision they see the current disaster not just as an occasion for pragmatic solutions for rebuilding, but as an opportunity to fundamentally rethink future urbanism in Japan: both within and beyond the disaster areas.

The site of Greater Sendai selected for our study by Tohoku University (approximately 2km wide in east west, 15km long in north south) is essentially flatland at or close to sea level, hence its susceptibility to tsunami waves. Sendai, with its flat area along the coast line of the city of Sendai, is predicted to have a huge flood once every 50 years. The pragmatic call by the University requires development of low-density programming such as parks, memorials and low-rise housing. The studio will address these concerns as a minimal expectation and proposition on the way to a more ambitious large-scale urban vision. In order to achieve this, one must “go up.” This project will involve the creation of a “prototypical” urban units or units which will encompass the basic programmatic requirements of any urbanism (living, working, playing). Moreover it will synthetically combine infrastructure, landscape and building within one coherent assemblage. The basic components of the assemblage will be an elevated city and productive ground/park.

It can be argued that Kenzo Tange’s Tokyo Bay project in 1960 is the last major piece of planning in Japan led exclusively by an encompassing architectural vision. The ambitions and scope of the Tokyo Bay project were necessarily large and comprehensive, ranging from the macro to the micro: from the effects of planning down to the specific architectural character (style) of the project itself. As such, it encompassed the full environmental, social, political, and aesthetic possibilities of which architecture is capable. Such a vision is utopian in the best sense of the word. For it embodies, not a flight of fancy, but rather a radical empiricist desire to project, in eminently concrete terms, a possible world, and in doing so, advanced the discipline of architecture irrespective of whether or not it was realized. Thus, its most important function was that of a concept engine which immeasurably affected the subsequent culture of architecture, the architects, and the projects they produced.

One attribute of the utopian proposal is that it is always a response to a discrete set of problems that exist in the time and place contexts in which it was proposed. In the case of the Tokyo bay project, we can understand this as a response to a fear of overcrowding within an already dense city and a lack of space for growth. Today, Japan has a new set of urban problems requiring a new set of solutions – these solutions must address the affects of natural disasters and their consequences.

Since the nineteenth century, infrastructure has been overtly utilized as a model resulting in the amplification of systems of movement, distribution, and control. While the proliferation of these systems has necessarily been attendant to modernization, they are rarely questioned or seen as anything other than discrete components of a hierarchy no greater than its parts, circulatory systems for nodal aggregations of culture. The great potential of taking on the design implications of new transportation technologies lies in the wider implications and effects of the system. The implementation of high-speed rail technologies creates a spectrum of possibilities and effects ranging from the global to the local, from the level of regional planning and development to the local structures that such technologies carry forward and promulgate.

Contrary to a more limited view which would understand the introduction of high-volume/high-speed arteries as merely being able to provide a faster connection between point a and point b, these technologies will have unprecedented effects on urban and ex-urban development. Our task is to develop new flexibility strategies, both locally and globally. These necessarily would link large scale strategies (top-down) with small scale models of development (bottom-up). It is a supersystem containing many subsystems. The local in this context, is never merely local, but rather a coherent part of a greater whole. For a system to be truly flexible and adaptive it must arrive out of a logic of feedback between the general and the specific and vice-versa. This methodology fundamentally develops infrastructural logics that allow for the playing out of a certain range of possible urban outcomes. Built into this model is the capacity to handle change over time, as opposed to more traditional planning strategies which only provide fixed templates for limited sets of desires.

Conventionally, road infrastructure has been designed to negotiate a given terrain seeking the path of least resistance and typically becoming evermore autonomous with respect to the terrain as the speed and volume of the road increases. Moreover, terrain is understood to be a single surface phenomenon. Following from this, is the assumption that any given territory or real estate develops from a two-dimensional map thus, urban planners think and work this way and limit their planning strategies to two-dimensional figure-ground templates that automatically segregates buildings, landscapes and systems of movement . In this universe, buildings are objects, landscapes are leftovers, and roads are lines, each being autonomous with respect to the other. With this project, comes the opportunity to conceive of a territory comprised of multiple grounds and intricate networks of movement.

Consider two contrasting examples: The Garden City and the Linear City. As is common in suburban accumulations all over the world, a traditional radial system, like the Garden City, has proliferated a culture of sprawl and lack of diversity, characteristic of large regions of homogenous use. Here, density is controlled by proximity to a node, with 2-D expansion being the outlet required to keep density at an even level. In contrast, a project like Arturo Soria’s Linear City for Madrid, considers ways of pulling apart centric nodes of density and coupling urbanism with infrastructure, to break up regions of mono functionality, and to amalgamate systems of occupancy, use, and distribution. This type of project would thrive on increasing density. It can take advantage of high-speed/capacity systems of circulation, and, as such, it can have nodal or local relationships but these need not be located in close proximity to one another.

Despite the stated ambitions of the Metabolists to employ biological models as a way of structuring flexibility and adaptability in large scale systems, the models they used were without exception top-down and hierarchically inflexible. For example, the network logic of the Tange’s Tokyo Bay project was modeled on the hierarchy of a tree descending in scale from primary trunk to fine branches. At no point, does the system feedback on itself, or for that matter, do anything more than subdivide the contexts it feeds. Likewise at the architectural scale, the Metabolist buildings generally employ top-down hierarchies and simple repetition of identical elements (probably motivated by egalitarianism). Wholes in this case are reducible to the parts.

In opposition to the large scale top-down approach, an enduring legacy of the Metabolists, an actual biological model uses bottom-up logics for growth and proliferation, reacting, in the case of plants, to performance cues such as light, water, structure, and resource distribution. Individual form or aggregate form is directly related to competition and proliferation. At the architectural scale, emergent properties of bottom-up logics have been recently explored as contemporary technologies have enabled high rates of repetition and change, however in the case of entirely bottom-up work, the result is often justified by the process.

Rather than developing an entirely top-down strategy, as in the case of the City Beautiful, or developing solely bottom-up logics, such as pre-industrial Japanese urbanism, this studio will endeavor to establish each project as a dialectic between top-down and bottom-up, having separate systems for separate work and producing an intricate, productive, yet cohesive urbanism. Moreover, in order to create a sustainable and robust whole, multiple models of the local must be employed in such a way that they are flexible can feedback on one another, and create diverse locales.

Through design research, students will understand formal and organizational relationships that will project forward to new possibilities for the contemporary big project. In the first task, students will explore tectonic and growth logics in architecture and urbanism through an intensive modeling exercise, designed to develop a three-dimensional knowledge of assigned prototypes.

The second task will be a more projective exercise that will attempt to combine the logics of architecture/urbanism in a system of landscape and infrastructure. Using these tectonic and growth strategies, students will explore methods of creating elevated settlements in a flexible model that can be later developed into an actual proposal.

Prior to the mid-review, the students will begin the final task of coupling development with urban infrastructure to develop a proposal for a new model of coastal development for Sendai (and elsewhere). In this phase, students will adapt their elevated settlement strategy to the opportunities and constraints of site and program, past the ideological stance of Metabolism (pure expansion) to more contemporary concerns of intelligent urban growth combined with sustainability or environmental necessities, such as power generation, refuse treatment, desalinization, bioremediation, urban regreening, or restoration of ecological habitats.

Tohoku has suggested that the project site should function as a public park that is accessible to the citizens followings areas of development (by providing a large open space along the coastline, the site will provide places where people can gather and rest, and reduce the stress from living and working in the urban environment) and function as a buffer zone to reduce the impact of tsunami (the site will also function to reduce the energy of tsunami in order to protect the inland farmland from disaster as much as possible). The geographical features, including a hinterland to the industrial port, wetlands, a beach, a lost fishing village and a forest, have been suggested as areas for development of a sewage treatment plan, a memorial and recreation area and housing. Our ethic will be to incorporate these requirements into a more comprehensive vision – with new settlements and a self-sustaining economy– that will not only address the necessities of the specified program, but also attract the displaced population back to the region.

Excerpt from the syllabus